Our department is concerned with diagnostic medical imaging using the latest techniques and technologies in the field. We also perform numerous therapeutic interventions under imaging guidance.

We are proud of our well-coordinated team of experienced professionals, including qualified radiologists, radiological assistants and specialized nurses, as well as our modern equipment.

Call 800-664-734 to schedule a mammography examination. In the event that we are unable to take your call, leave a message and we will return your call shortly.

Since the opening of Na Homolce Hospital, the department of radiology has earned a excellent reputation among patients and experts. Although we are not a faculty workplace, we participate in the education of other professionals to a large extent, widely engage in research and provide consultation services across the entire spectrum of radiology. Our services are available to all patients referred by an attending physician.

Activities of the Department

The Department provided services both to hospital and to other healthcare facilities, including 24-hour support in 2017. The activities included the whole range of radiodiagnostic examinations, with special focus on diseases of the nervous, locomotor and cardiovascular systems, as well as on vascular and non-vascular interventions.

In the past year, the Department further developed the programme of stent graft implantation in aneurysms of the abdominal and thoracic aorta and pelvic vascular system, in cooperation with vascular surgeons and cardiac surgeons.Non-invasive treatment of brain aneurysms by means of detachable spirals, with a possible use of remodeling techniques by means of stents, continued in the comprehensive cerebrovascular centre continued. The decision made on this or an alternative treatment – in particular, open neurosurgical procedure – is made during common workshops organized between the Departments of Neurosurgery, Neurology and Radiodiagnostics. A new, two-component adhesive Onyx continued to be used on a regular basis that provides further possibilities of the treatment of intracranial arteriovenous malformations and malformations in the area of the spinal canal. Onyx was also used for malformations in other locations. In addition to using intra-arterial thrombolysis, the revascularization treatment of acute ischemic stroke caused by occlusion of some of the main cerebral arteries was carried out by a method involving the mechanical removal of the thrombus using various types of extraction equipment, mostly combining mechanical destruction and evacuation of the thrombus. Further development in recanalization methods has been achieved by a special fully-retractable stent used for cerebral arteries to withdraw a thrombus from the artery which means that it can be retracted also after it is fully uncoiled. This enables to capture the thrombus after its partial deployment and withdraw it in the stent from the vascular system. The Na Homolce Hospital continues to be a fully active accredited comprehensive cerebrovascular centre where CT, MRI and endovascular interventions are available around the clock.Our Department follows the latest technological trends in this field and reasonably chooses new technologies and materials for own application.

The area of non-vascular methods was further dominated by CT-guided nerve root injections, vertebroplasty and kyphoplasty. In this segment of care, our hospital has been traditionally one of the most active centres in our country. Non-vascular intervention methods are carried out with a 16-layer CT device. A technique of epiduroscopy was further developed in our hospital in 2017 as in the only centre in the Czech Republic on the basis of an internal grant. Since December 2010, a two-source Somatom Flash CT equipment has been used for diagnostics to ensure diagnostic advances. In 2012, the device was retrofitted with an interactive reconstruction system (SAPHIRE) which has contributed to a further considerable reduction of radiation exposure during CT examinations, since CT scans are still among the most significant sources of radiation in humans. In agreement with global trends, we tend to replace a CT scan with MRI in indicated cases where there is no radiation exposure at all.In the previous year, we performed a significant number of CT scans of the heart, including CT coronarographies We are able to significantly reduce radiation exposure also for these examinations thanks to state-of-the-art equipment. The number of examined patients with a congenital heart defect using CT has been increasing. CT perfusion examination of the entire brain was carried out in acute strokes in indicated cases.The system of dual energy scanning allows a better separation of the skeleton and iodine-containing contrast agent from other tissues, which is helpful particularly in CT angiography. The Department uses this technology also to determine chemical composition of certain structures, for instance urinary stones.

For several years now, examination by intraoperative magnetic resonance imaging (IMRI) has been performed on a regular basis, using the equipment installed in the neurosurgery operating room. Our hospital belongs to the very few in the Czech Republic which are able to perform such examinations. The Department continues to routinely carry out advanced MRI methods, i.e. MRI spectroscopic examinations, by both SVS and CSI, (both of the brain and other parts of the body, the prostate in particular), diffusion imaging, including the technique of diffusion tensor imaging for white matter tractography. Functional MRI BOLD imaging for preoperative planning, neuronavigation and deep brain stimulation have been further developed. In addition to routine clinical use, research using these techniques has been conducted with prestigious publication outputs. These examinations have become faster and more precise after the implementation of new software. In 2017, the functional MRI BOLD imaging method was further developed, in particular, after the introduction of new examination methods. Post-processing of functional BOLD sequences was considerably simplified and accelerated.The programme of MRI heart examinations has continued, including, as a standard, phase contrast sequences for imaging and quantifying blood flow, which is important mainly for the assessment of valvular and short-circuit defects of the heart. The total number of CT and MRI examinations of congenital heart defects has further increased, in particular, in adult patients who had been operated on in childhood.In 2017, the sequence for quantifying relaxation times was successfully installed in 3T Magnetom Skyra.Since 2012, the Department has used MRI angiography of renal arteries with no contrast agent, which was made possible by retrofitting the Magnetom Avanto MRI scanner with more specific sequences (NATIVE). In addition to saving financial means, this examination is important also for patients with impaired renal functions when contrast agent administration could be dangerous.

The mammography unit of the Na Homolce Hospital belongs to a network of accredited clinics and is equipped with a Planmed Nuance Excel mammography system with direct digitization.

Patients with unclear mammography and ultrasound findings are referred for an MRI breast examination in indicated cases performed also in the Department. The second reading of images continues to be a matter of routine.

The mammography unit of the Ne Homolce Hospital was again among the five best clinics out of the 60 centres in the Czech Republic that were assessed for the quality of mammography screening.

All radioscopic image documentation is digitally stored in the hospital’s information system and is immediately available to physicians. All operations of the Department of Radiodiagnostics have been fully digitalized, i.e. no films have been used since 2009. The hospital also uses a well-proven ePACS system, interconnecting imaging records of most hospitals in the country. Since 2011, the Department has been using only electronic request forms on a regular basis and external request forms are also transferred to electronic format. The system of electronic request forms for all types of radiodiagnostic examinations has been in use in the hospital for several years now. SOU standards and SOPs of the Department of Radiodiagnostics are available on its website. 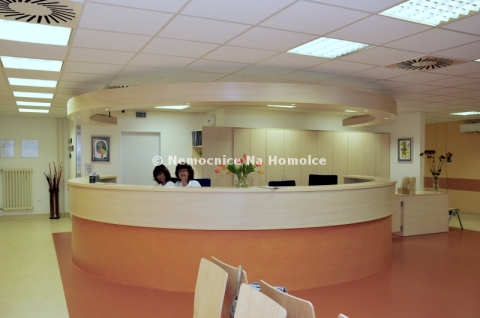 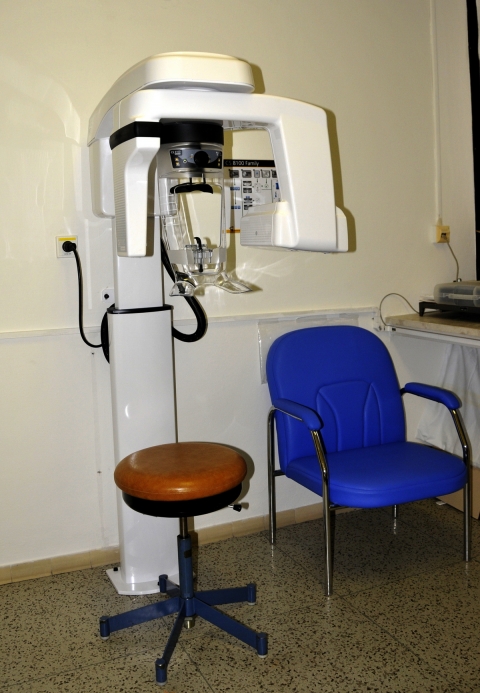 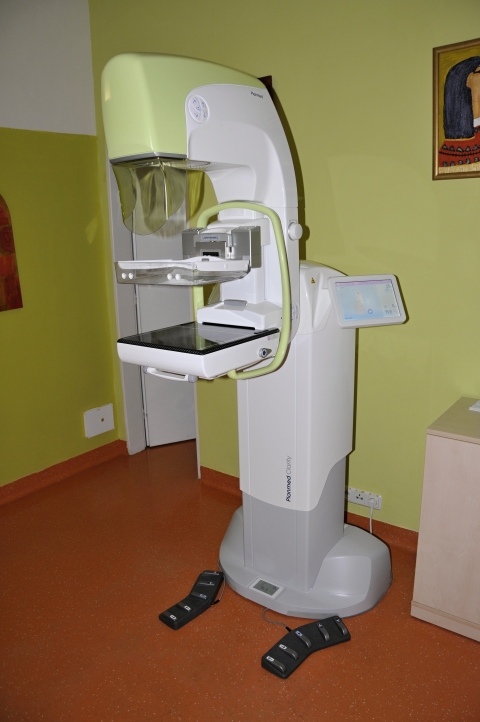 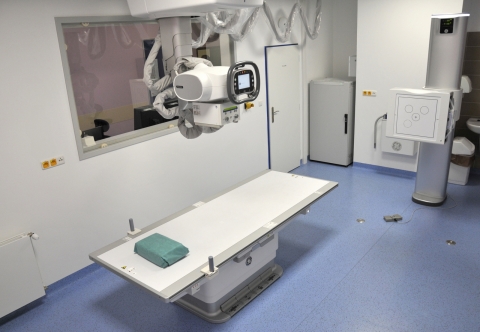 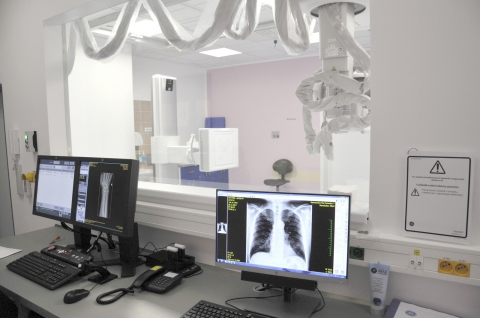 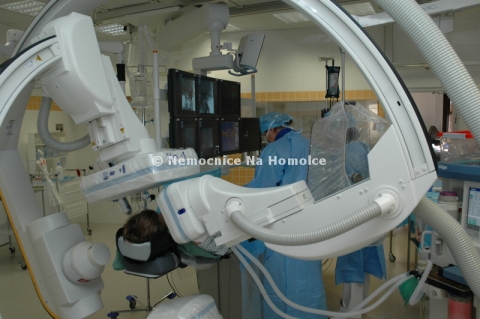 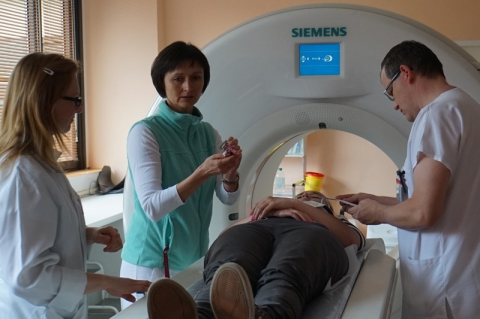 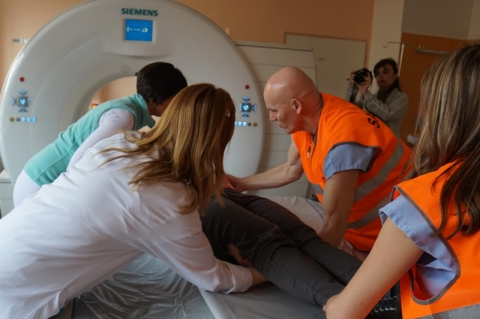 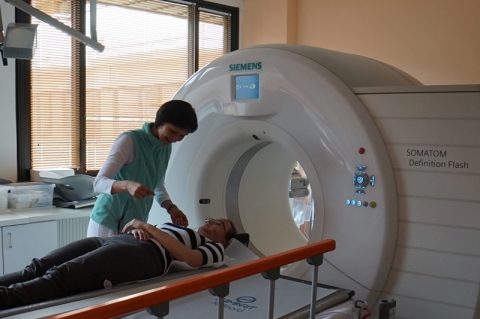 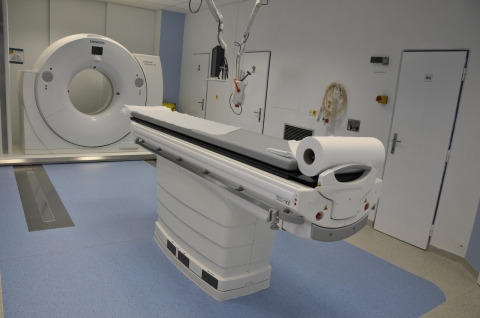